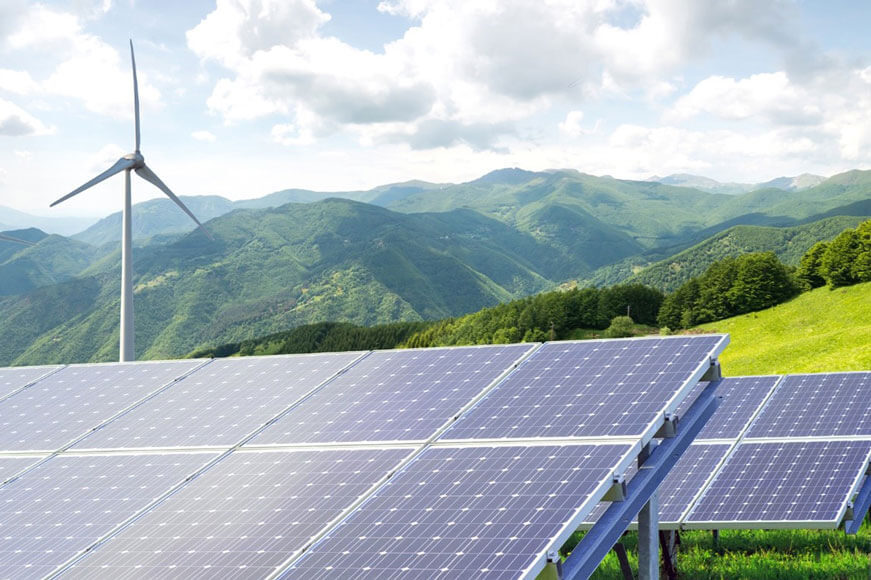 “RES” is one of the most popular acronyms appearing in the media, scientific papers, and political discussions. In this article, we will explain what it means, why it has become so popular, and how we can benefit from RES.

“RES” stands for: “Renewable Energy Sources.” As the name suggests, renewable energy sources are sources of energy that renew themselves. In other words, when energy resources are used, they are not depleted because they are constantly replenished and never run out. They are also freely accessible to the general public. The sun, wind, and water are the most common renewable energy sources. They are said to be clean because the generation of energy from these sources does not cause any harmful emissions.

What are nonremovable resources?

Unlike RES, extraction and use of nonremovable resources reduce their availability and result in their depletion. Non-renewable energy sources primarily include fossil fuels such as coal, oil, and gas.

Since the beginning of the industrial revolution, fossil fuels have been burned on a mass scale, causing great harm to the environment. One of the side effects of the production, processing and consumption of energy from fossil fuels is the emission of carbon dioxide.

The emission of greenhouse gases such as carbon dioxide, methane and nitrous oxide enhances the natural greenhouse effect that leads to global warming as well as other related climate changes. Therefore, it’s crucial for us today to reduce greenhouse gas emissions and to strive for carbon neutrality.

The RES: what do you need to know?

Renewable energy is becoming cheaper and cheaper, making it economically viable to use it. Although RES technologies are not yet able to replace every form of power supply, we are observing an increasingly dynamic growth of their use. In 2019, the share of renewable energy in the global energy production was 27%, while in 2020 it increased to 29%. Forecasts say that this year the generation of energy from RES will increase by 8%, which will be the greatest annual progress since 1970. The most common renewable energy sources are sun and wind, and they are also developing the fastest, their use is expected to account for 2/3 this growth. While photovoltaic solar power plants and wind turbines are the easiest and most widely used RES technologies, other effective solutions include biomass, heat pumps, biogas plants, hydraulic power plants, and they are all becoming more prevalent.

Along with the expanding population and rising standard of living, it is also anticipated that the energy demand will increase. Fortunately, we can increase the generation and consumption of clean energy because of growing knowledge, technical proficiency, and innovation.

Check out our channels:

Any cookies that may not be particularly necessary for the website to function and is used specifically to collect user personal data via analytics, ads, other embedded contents are termed as non-necessary cookies. It is mandatory to procure user consent prior to running these cookies on your website.